Today in Durham, it was a perfect day for soup. Cold, rainy, gloomy. Blah.

But I did not make soup.

Instead, I roasted potatoes, asparagus and the cod I bought yesterday, which I needed to use since I won’t be cooking for the next few days. (Wednesday nights I take a class at the Y and let Pat heat up frozen food for him and the boys. And this Thursday, I have dinner with some of my lady pals. So I guess there will be more frozen food for the boys. Whee!)

The other thing I made today? Christmas cookies. After dragging my feet a little on the Christmas thing (the Elf on the Shelf has STILL not made it out of the box), I decided that it was time for action. It didn’t hurt that I was having major sugar cravings and probably wanted to make them more than Noah. 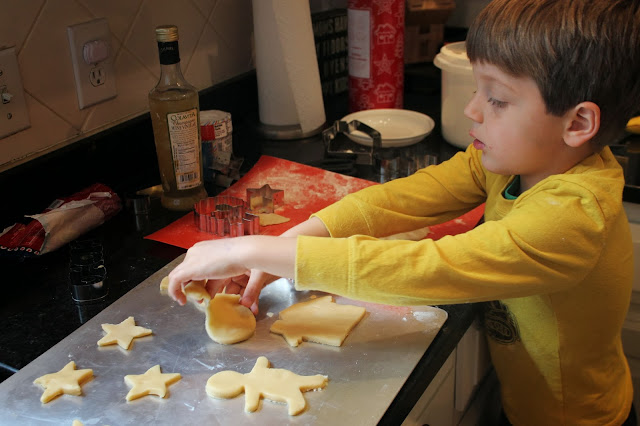 I never make sugar cookies (I don’t see the point of eating a cookie that doesn’t contain chocolate), but I wanted the whole cookie cutter/decorating experience, so I bought a tube of Immaculate Baking sugar cookie dough. No, not from scratch. Sue me. I broke out the cookie cutters that I got for a wedding gift nine years ago and have NEVER used, and bought some sprinkles and colored sugar at Target.

So…there were some bumps. First, I realized I don’t own a rolling pin. (If anyone – Hi, Mom! – needs a Christmas gift idea for me, a rolling pin would be great.) I Googled “what to use if I don’t have a rolling pin,” which apparently is a common question. One person suggested an empty wine bottle. I had an empty growler from Fullsteam but no wine bottle. So I used a bottle of vinegar. It was kind of a mess: no matter how much I floured everything, the bottle stuck to the dough. But it did the trick.

Then I realized that the types of sprinkles I bought were made to be used with frosting, which would help them stick to the cookie or cupcake or whatever. They flew off our cookies willy-nilly. Unless I did something wrong by putting it on after they came out of the oven, which is perfectly plausible, and don’t be afraid to tell me that. Noah and I attempted to imbed some decorations in the cookies. They look pretty pitiful, but that didn’t stop us from each eating five of them. 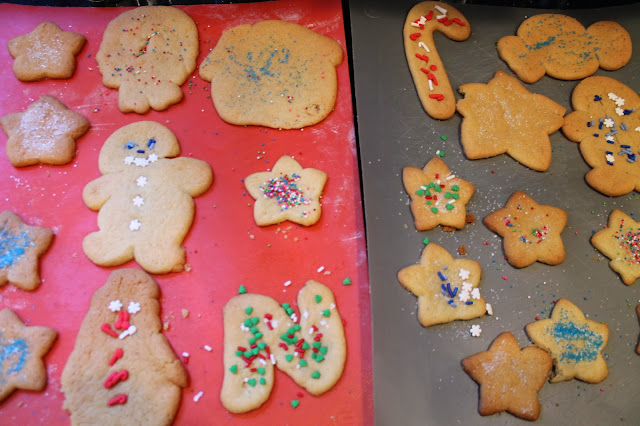 At this point I was on a roll (and a sugar high) so I decided to dig out the decorations. Decorating always makes me feel like an anxious loser. I have visions of Southern Living in my head, but the closest I get is the “before” picture in a home makeover.

But I did it anyway. I wrestled with yards of garland, green plastic needles flying everywhere, mentioning Jesus several times in ways completely unrelated to his birthday (sorry, JC). 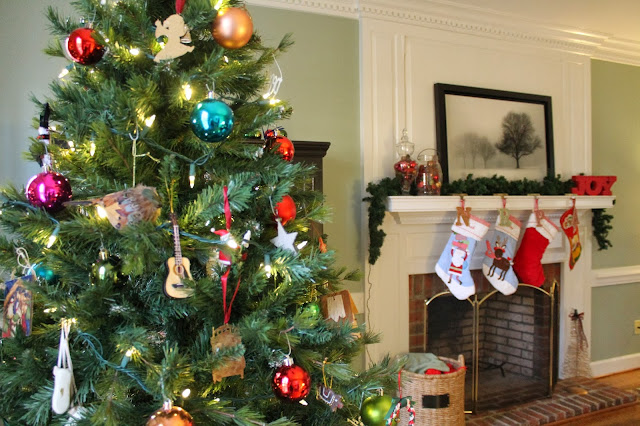 I deconstructed a mystery wreath, and, feeling a bit like Molly Ringwald in Pretty in Pink, repurposed various pieces into this still kind-of-strange looking garland for the entry bench. And I hung this kind of tacky wreath that my mom probably bought Noah for a dollar at Michael’s in the mirror. There’s still work to be done here. 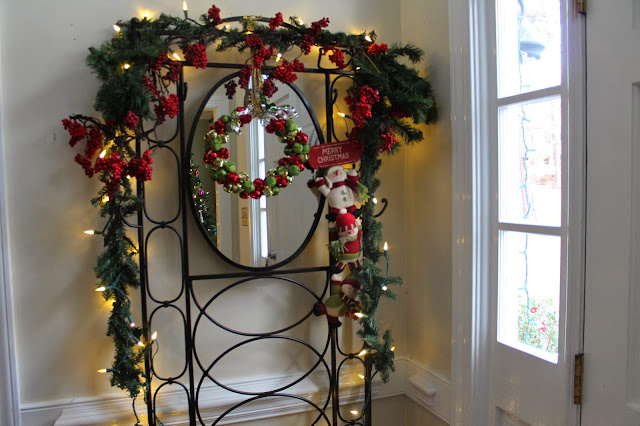 I randomly set things were set on shelves. That Christmas tree on the left, which I bought the first Christmas Pat and I lived in North Carolina, is still one of my favorite decorations. 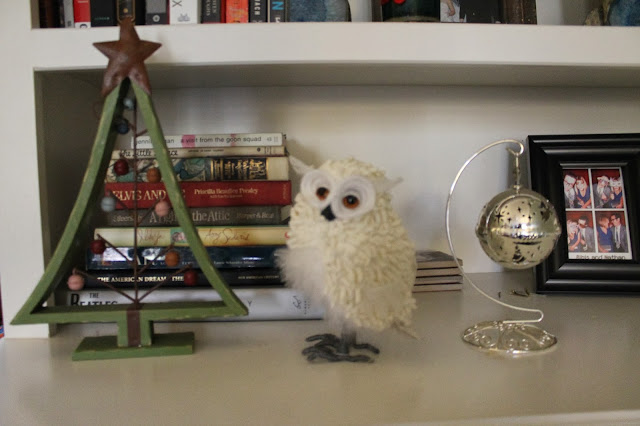 I borrowed the idea of displaying family Christmas cards from previous years from Gretchen Rubin, author of The Happiness Project. I like this idea since our holiday cards tend to be some of the few printed pictures I have of our family. 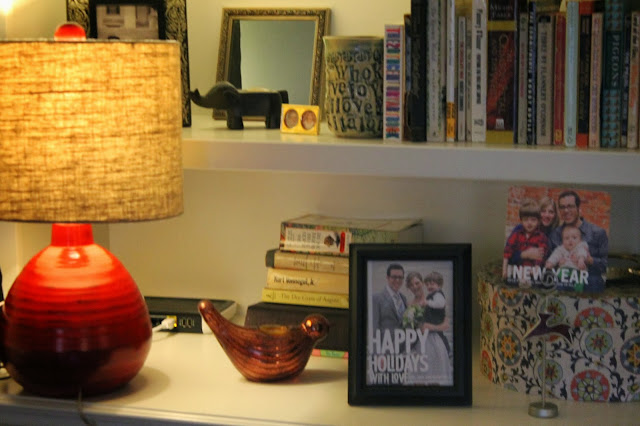 Then the sun finally came out. Wouldn’t you know that it’s the first time we could play outside in two days, and the kids wanted to played in the car. (The safety of this may be questionable, but they stayed in there for almost a half hour and I was able to clean the garage. )

So lots was accomplished today, just not soup. But I’ll leave you with the recipe I do plan to make later this week. It’s another super easy, quick recipe from the Better Homes and Gardens Vegetarian Cookbook that usually gets two thumbs up from the fam.

Melt butter in large saucepan; cook onion and garlic until tender but not brown. Stir in the vegetable broth and frozen vegetables. Bring to a boil. Stir in tortellini. Return to boiling. Reduce heat; cover and simmer about 8 minutes or until tortellini is tender but still firm and vegetables are crisp-tender. Stir in pesto. Serve topped with parmesan. Serves 4.

Christmas 2013: the passion of the pantry organizer (and other gifts)

Souper Fat Tuesday: The Paczki, the King Cake and I
← Friday photos
Babies, I’ve Had the Blues →