For a good part of my late teens and early twenties, I lived under the assumption that it was not cool to like TV.

During my last year of college and first few months living in Chicago, I did not even own a TV. I was not particularly cool nor making an ideological choice; I just had no money. I’d regularly – and happily – siphon the tube’s warm glow from friends’ apartments, and could spend hours basking in the eternal sunshine of cable television when I’d visit my mom. 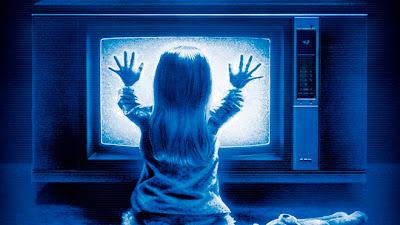 Eventually, I got roommates with a television and rabbit ears, and then climbed the ladder to cable, digital cable and finally DVR. Ironically, the next rung was not premium cable or DVRs in every room, but to drop cable all together, which we did upon moving into our new house. But not without a Roku and our Netflix, Hulu Plus and Amazon Prime subscriptions secured, as well as a fancy new set of 21st century rabbit ears.

Because the truth of the matter is, I love TV. And I’m not ashamed to say it.

But it is the reason I’ve been dragging my feet in tackling Happiness Commandment #5: Books > TV.

It’s kind of ridiculous that addressing this is so hard for me. I didn’t make the list to punish myself; these are self-selected happiness commandments. Because as much as I love TV,  I also love to read. I really do. Books makes me happy. And hopefully smarter. And more thoughtful. The list of books I want to read goes on for miles.

But regardless, I’m having trouble swapping my TV time for books. (And when I say “TV time,” we’re talking about maybe an hour a day.) The thing is that TV is so…flexible.

It’s a social event: one of the few hours in the day Pat and I sit down and spend time together, just the two of us. It’s compatible with multitasking; I can’t fold laundry while reading a book. (I remind you that as a child I tried to read in the shower.) And, I’ll just say it: TV is easy on the brain. At the end of a long day, it’s often all I can handle. Downton, Nashville, The Mindy Project…all rewards for diapers changed, meals cooked, tables wiped, tantrums photographed.

I’ll confess that aside from exercising and cooking fairly regularly,  I have barely followed my own list of happiness commandments. So if I really want to just keep neglecting books for TV, who’s keeping score, right?

But now, I’m facing an external challenge: I’ve been invited to join a book club.

It started innocently enough. One of my new neighbors invited me to the monthly gathering of several women in this part of the neighborhood. It was a nice gesture, and, eager to get to know them, I said yes.

After all, this isn’t my first reading rodeo. I’ve been in book clubs before: everyone agrees on a book for the month, then immediately disregards it. When the meeting rolls around, the three people who read some or all of the book spend five minutes discussing the plot. Then the attendees get on to the real purpose of gathering: drinking wine, eating brownies and catching up on gossip.

So you can imagine my surprise when the neighbor followed up her invitation to this club with a Word document outlining the monthly schedule of books through January 2015. The next meeting was two weeks away. Much to my relief, the prescribed book was not available at the library. (I had a similar sense of relief last night when my planned run was thwarted by the absence of even one clean sports bra. Hey, I had good intentions, what else can I do?)

I went to the meeting anyway. Comfortingly, wine and snacks were served. There was some chit-chat about upcoming holiday plans. But there was also a serious, in-depth discussion of the book, a historical fiction novel about the journey of a Jewish manuscript from the 15th century to present day. Yeah. When the discussion concluded, they passed around a copy of the book they’d be reading for January’s meeting, a biography called Bonhoeffer. People, I got as much of a workout holding the book as I do dragging Rory out of path of moving cars every afternoon.

But the people were so friendly. And smart. I want to be part of the book club.

I told them I would be back in January. And then I walked out of the house without any intention of ever reading that book.

Later that night, I began to reconsider. Giving up before I even tried: that’s how twenties me would have responded to a challenge. Thirties me has been a little ballsier. More willing to push myself. Slightly less lazy and less concerned about public humiliation.

My thirties have taught me that the things I’m sure I can’t do, but do anyway, are almost always the most gratifying. Give that presentation at work? Sure. Finish that bone-crushing boot camp class? Done. (Okay, so I had to tell the instructor flat-out that I could not get up off the ground holding a kettle bell over my head. But I tried.) Telling a story at The Monti? Done. When the director, Jeff, first asked me to do it, he was surprised that I immediately said yes. I was surprised, too. But I didn’t say yes because I wanted to. I said yes because I had to. To prove to myself that I could.

So I feel like I need to prove to myself that I CAN still handle a 624 page biography about a spy in Nazi Germany. Put on my big-girl thirties undies (infinitely more substantial then the twenties undies, that’s for sure) and read the damn book already.

So I went to the library. And I…did not get the book. But I did get others. First, Bird by Bird, a book about writing by Ann Lamott, whom I adore.

I figured that as long as I was at the library, I should get another. But Rory was with me, yelling “Mama! Book!” as he tore hardcovers off every shelf he could reach, so I was in a hurry. I stood in the fiction section racking my brain for the name of another author I’d been wanting to read. One immediately popped into my head. I grabbed the book Unaccustomed Earth. 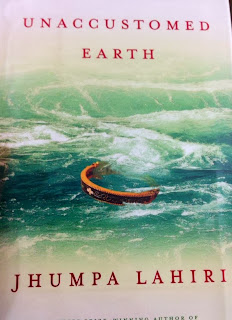 And here’s where I owe TV a little debt of gratitude. The name that popped into my head was an author that I had wanted to read for years, but not an easy name to remember: Jhumpa Lahiri. The reason I did remember it? Because Mindy Kaling’s character on The Mindy Project, Dr. Lahiri, was named after her.

So sure, I’ll make an effort to follow my Happiness Commandment #5: Books > TV. Because I do believe that reading makes me happier and smarter. But I’m also sticking to my belief that TV can make me happy. And occasionally, a little smarter, too.

So tell me: what’s the best book you’ve read in the last six months? What’s the deal with this Bonhoeffer guy? And more importantly, what show available on Netflix/Amazon Prime/Hulu Plus should I be watching?