Christmas 2013: the passion of the pantry organizer (and other gifts)

I have sympathy for Pat when it comes to buying me presents. I am not an easy person to shop for. I am picky. I am unpredictable. I want him to be practical, but clever and romantic, too. 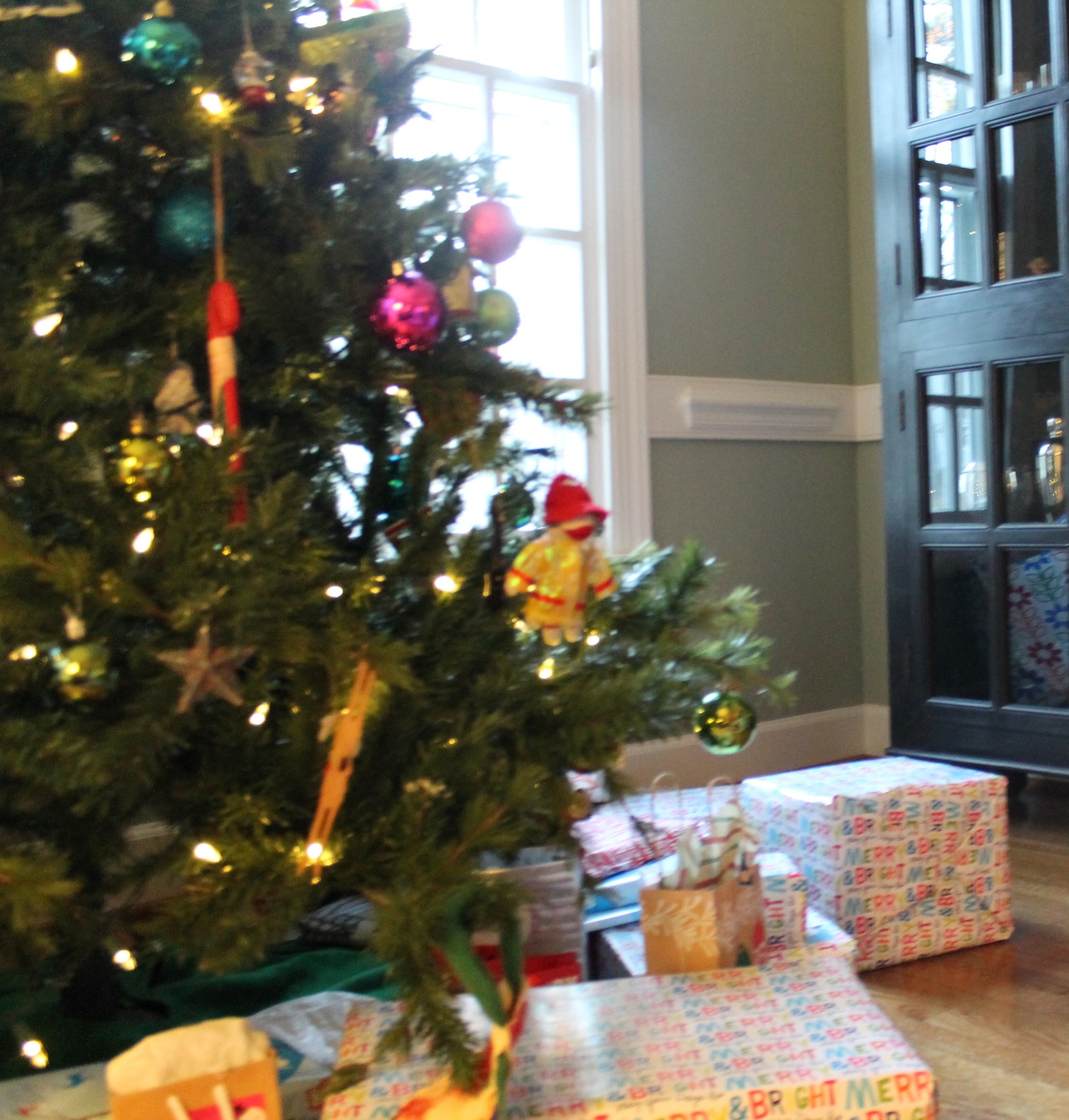 To be fair, he has made a lot of progress since our early days of dating. I remember our first Christmas, sitting on the bed in his apartment exchanging gifts. I waited on the navy blue comforter while he retrieved a white plastic Walgreens bag from his closet and proceeded to pull unwrapped items from the bag and hand them to me, one by one.

I have always been good – probably too good – at being honest with Pat. And that was the last year my Christmas gifts were presented in a shopping bag.

But the gifts themselves can still be a challenge. I can see the way his mind works. Sometimes, there’s a theme. In the early days, a “she likes Marilyn Monroe” approach scored me a Marilyn-themed mug, mirror and tin.

More recently, a “cute animals” year resulted in a desk calendar showcasing every imaginable breed of adorableness and a pair of wool slippers featuring a cat on one slipper and a ball of yarn on the other. I imagine that Pat was trying to tap into the kinder, gentler me of years before, when I adopted cats and donated to animal rescue causes. Or at least to a time when the care of our two dogs wasn’t completely overshadowed by the needs of two screaming children.

Some years, like the last Christmas we spent alone together, he’s knocked it out of the park. I was enormous, three days overdue with Noah and sporting the memory foam ankles to prove it. Pat gave me a necklace with a light blue stone, my favorite perfume and a simple cotton nightgown from The Gap. Perfect. There was the year he surprised me with tickets to see Jeff Mangum. The Mark Bittman cookbooks and that silver Chicago necklace, his best jewelry pick to date.

This year we agreed not to get each other much. But on Christmas morning, I noticed several packages under the tree with my name on them.

I was particularly intrigued by two large, heavy, neatly wrapped rectangular boxes. As we neared the end of the gift-opening frenzy, Pat set them on the coffee table in front of me, one on top of the other. “You have to open them together,” he said.

I hoisted one of the boxes onto my lap. I honestly had no idea what it could be. I pulled back the paper. And inside, I saw this: 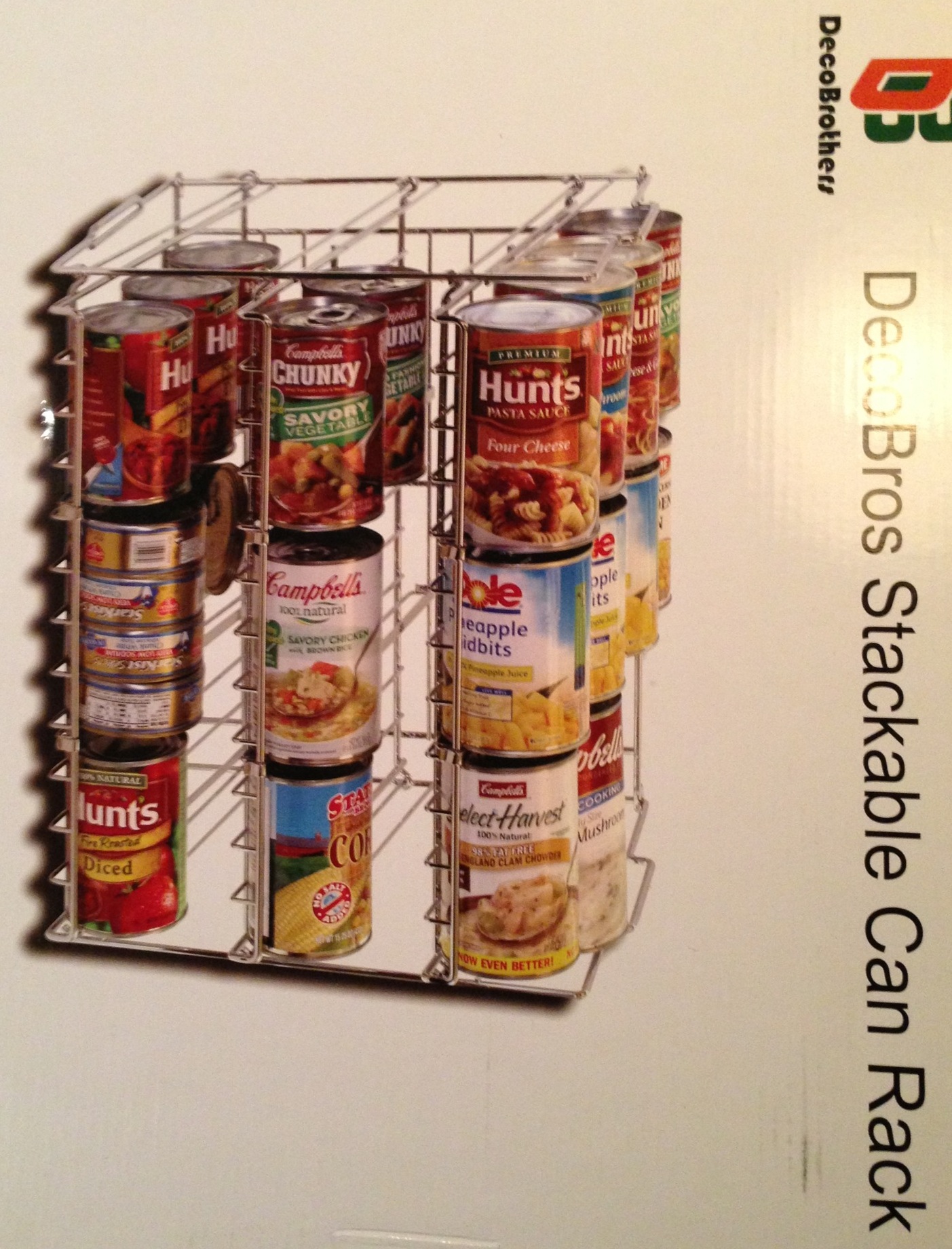 I had spent plenty of time coaching Noah on how to react to a gift he is less than excited about.

“Don’t say that you don’t like it, or already have it, or wanted something else. Just say thank you.”

But I was not prepared to follow my own advice. And so I said, “Oh!” the way I might if I accidentally walked in on my dad getting out of the shower.

There was no backtracking from that reaction. Pat immediately lifted the box off my lap and removed the second box from the coffee table.

“There’s no need to open the other one, then,” he said.

He wasn’t mad. I don’t even think he was disappointed. He just wanted the whole can rack episode to be over.

Only later that night, once all the wrapping paper was cleaned up, did I revisit the subject. I told him the truth: the gift was shockingly practical. But it was also incredibly thoughtful.

You see, from the first time we looked at our new house, I’ve been complaining about the pantry. Yes, one of my more troublesome flaws is the perpetual need to take something lovely and focus a laser beam of irritation on one tiny feature.

The pantry is narrow and deep, with ill-spaced shelves and no light. Anything beyond the first row of dry goods might as well have crossed into Narnia for the likelihood of seeing it again. Bruises have formed where my upper arms press against the door frame as I lunge in to reach a can of beans. Worse, the door itself opens up into the exact same space as the door leading into the house from the garage, causing the doors to slam together each time the kids come charging into the house as I try to prepare dinner or put away groceries.

And, true to form, I’ve not been shy to voice – nay, stage full productions illustrating – my feelings on the matter.

Like an attorney performing for the jury in a first degree murder trial, I’ve subjected Pat to lengthy reenactments of my pantry-induced trauma.  I’ll swing open the pantry and kitchen doors at the same time, wincing as they crash into each other, then dramatically throw myself into the pantry before the door ricochets back toward me, as if crushed between two cars.

I’ve exhibited my upper-arm bruises as if they were earned in a battle with injustice itself. I’ve dramatically announced “Well, no chili tonight, apparently!” because I couldn’t find the can of diced tomatoes that yesterday, surely – SURELY – was right there.

Needless to say, Pat had the pantry on his mind. As far as he was concerned, my theatrics were the equivalent of me mailing to Santa a single-request wish list: Pantry. Help. Please. And, like a good, caring husband – or one that just really did not want to hear another word about the godforsaken pantry – he was going to do something about it.

Now, whether he needed to wrap that “something” up under the tree as a Christmas present is up for debate. What isn’t is that he is a wonderful, thoughtful guy.

Oh, and you know why my reaction to the can stacker barely phased him? Because he had another surprise up his sleeve, one he knew couldn’t miss. 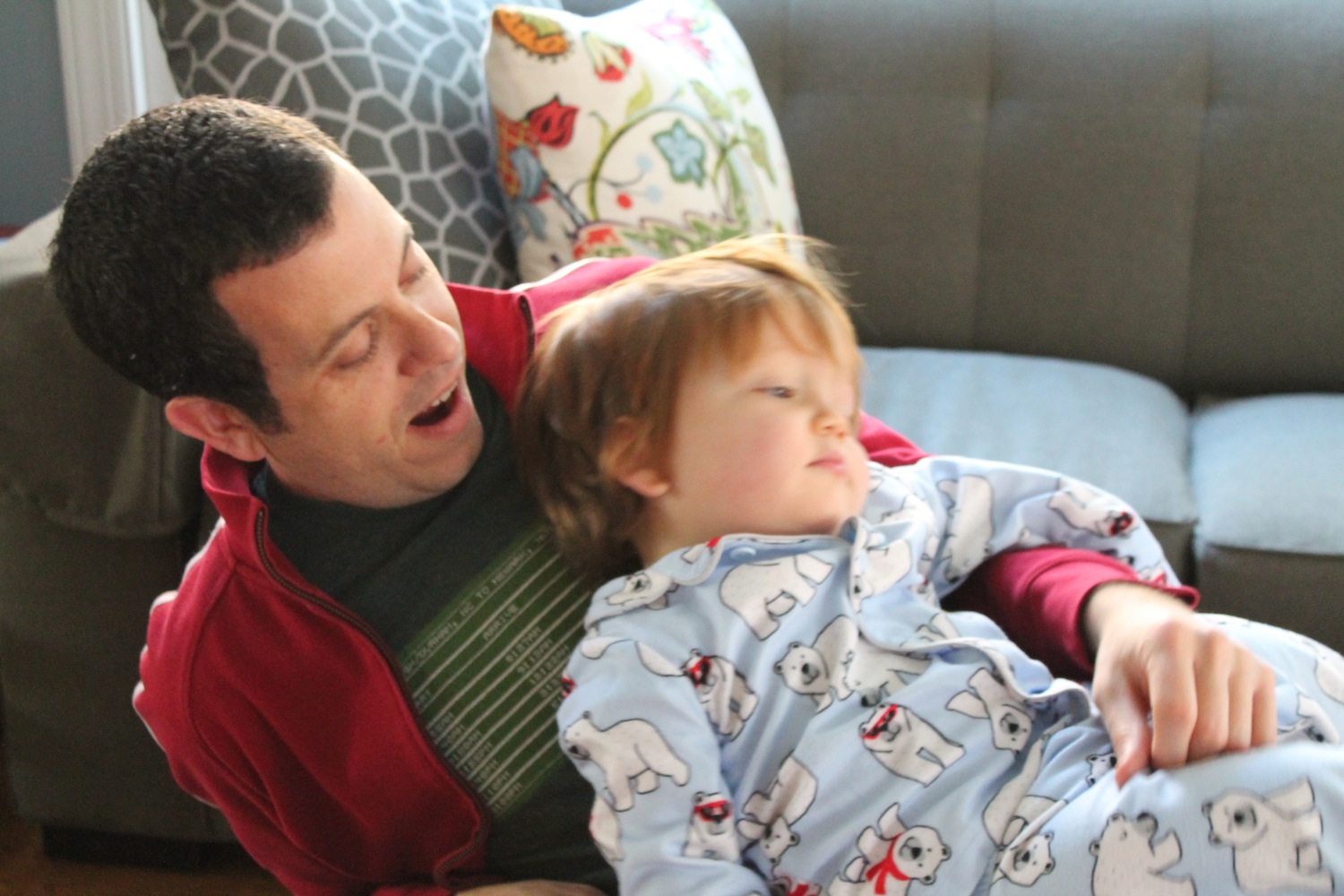 Not long after my occasional forays into the blogging world became regular, several friends mentioned that I might want to use a more sophisticated platform like WordPress. I had been on the Blogger platform since my Maiden Blog post in 2008, and wasn’t quite sure how to crossover into another world. Pat, who has been a champion (though not a regular reader) of my blogging from the beginning, took it upon himself to transfer all my stuff to the new platform, which he’s hosting, and surprise me with it.

The perfect mix of practical and personal. A gifting coup.

So here I am. It might take awhile to work out the kinks and finalize the design, so please, please give me feedback on how the site can look and work better. And while you’re at it, tell me about the worst/strangest/most shockingly practical gift you got this holiday season. And why you love it anyway.

Scenes from a Move
← Ten Tantrums: a retrospective
January: a love letter →