Oh no, let’s go: packing like it’s 1999 and preparing for The Monti

Things might get a little quiet on Hot Breakfast over the next couple weeks.

For starters, we have the move. I have been diligently assembling boxes and filling them with blankets, picture frames, Tupperware, platters and off-season clothes. I promise I have. But I keep getting slowed down by nostalgia. Stacks of pictures, boxes of journals, postcards – you name it, I’ve been reliving the past instead of packing it. 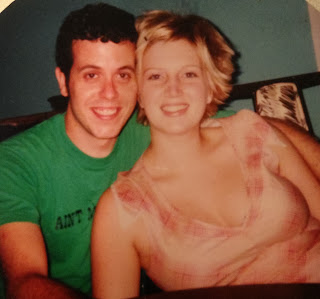 The journals are what slow me down the most. Each entry – starting at age seven – includes so much ridiculous minutiae (what I was wearing, eating and listening to; who I talked to and what we said – hmmm, does this seem familiar?) that in reading them, I’m instantly transported back in time. I’ve been busy rolling my eyes at my 19-year-old self’s laziness, mopiness and penchant for drama. I really feel for anyone who dated me between the ages of 15 and 23. Which, of course, is the age I started to date Pat.

One night, after packing one box and spending the rest of the time paging through the notebooks, I said to him “Ugh, remember how bad I was at 23? Imagine how much more difficult I was at 18.”

He gave me a long look. It had been that kind of weekend.

“Fine,” I said. “Remember how I was yesterday? Now imagine that, but with all the other issues that go along with being 18.”

I believe he immediately took pity on all his predecessors.

The second reason I won’t be posting as much: I’ve been invited to be a storyteller at The Monti on October 10. I am a huge fan of the Monti, so this is a great honor. 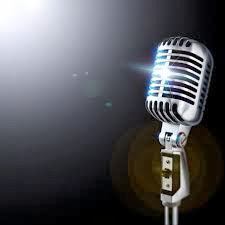 Also? I am terrified. My palms start sweating every time I think about it. You know the Eleanor Roosevelt quote, “Do one thing every day that scares you?” I love it. It’s totally something I would, you know, put on my refrigerator. But it’s not something I am actually so good at putting into practice. Of course, that is exactly why I said “yes” to telling a story, rather than running in the opposite direction, screaming, which was my initial reaction.

The theme for the event is “Shit Happens,” which I suppose is right up my alley. I think I know what story I am telling (it is not about actual shit, which might surprise you if you’ve read much of this blog). But I’m finding that crafting a story that people are paying to hear is much different than doing a dramatic recreation of a story to someone I’ve cornered at a party or in their office. In any event, I’m going to need to put some serious work into it.

I go back and forth between whether I want all of you, the people I love, to be there for moral support, or if I want you all to stay far away so I can limit potential public humiliation to a group of strangers. I’m leaning toward the former. So if you want to lend support (and maybe see a grown woman pee her pants on stage), tickets go on sale this Thursday at 10 AM. Oh, and there will be four other storytellers who will totally make it worth your while. I don’t think I’ve ever left a Monti without crying at least once.

Let’s just hope that if I’m crying after the one on October 10, it’s for a good reason.

Movin’ on Up (that is, if I can move on off the couch)

Reflections on a quarter-life crisis: 5 lessons for my 25-year-old self