Have you seen the documentary Life After People?

I have, of course, because it plays right into my obsession with things that freak me out; or, in this case, things that trigger my existence-related panic attacks. (I know that sounds totally fake, but it’s true; I’ve had them since I was a kid. Other triggers include church, Neil DeGrasse Tyson and brushing my teeth. The last one is a mystery.) 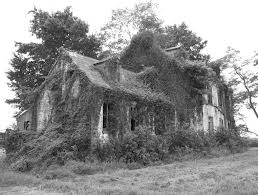 Anyway, back to Life After People. As the name suggests, the show explores what would happen to the earth if people were to suddenly disappear. You know, all the stuff you’d see in an apocalyptic blockbuster: grass growing over roads, the crumbling skyscrapers, a pitiful-looking Statue of Liberty.

Well, I realized today that I have a similar situation going on in my house. And the documentary would be called Life After Cleaning People.

Yes, yes, first world problems, mock all you want. But the truth of the matter is that while I was working, we could justify having cleaning people come in once every two weeks. Trust me, those bi-monthly visits a clean house did not make. With two boys and two very woolly dogs, we were still breaking out the vacuum cleaner and various sanitizing sprays on a regular basis.

But still, it was motivating to know that the cleaning folks were coming, and that the more surfaces I cleared, the more they’d be able to clean. And it was comforting to know that for some of the jobs that I just did not want to do (mopping floors, scrubbing the shower), help was no less than 14 days away.

But the severance checks have stopped. The moving expenses are mounting. And so we have decided that for now, help can no longer be on the way.

It’s been only three weeks since their last visit. But already, signs of the dirt-pocalypse are upon us. Sure, they’re subtle. A sample shampoo packet sits wedged behind the other shampoo in the shower. When I knew the cleaning people were coming, I would have thrown it out. But now, what’s the point? 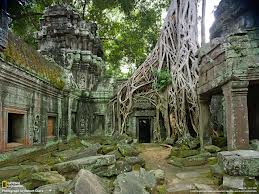 Then there was The Elephant Emergency. I was putting Rory down for a nap when I realized that Elephant – his mandatory sleep companion – was not in the crib. I put out an APB. As Rory wailed, teetering on the edge of that overtired place where naps refuse to go, a shout came from the living room. “Found him!” Elephant had been recovered from the remains of the diaper-box parking garage I was so proud of a few weeks ago, now just a collapsed mess of cardboard in the corner of the room.

Our bedroom is the worst. I used to insist that all kid toys be out of our room at bedtime so it would be more “restful.” I caved after a while, and just made certain that all the toys were shoved under a chair in the corner. At least they were contained.

No more. Now, our dresser is a Hot Wheels parking lot. A heavy meal riff-playing Triceratops monster truck sits at the foot of the bed. Various board books, music makers and stuffed animals spill out from under the chair. Earlier today, Rory set up empty LaCroix cans pulled from the recycling in our bedroom doorway as an obstacle course for his car.

But we sleep with our eyes shut, right? And who needs a “restful” bedroom to fall asleep when you’re exhausting yourself all day wading through the junk in your house?

You, gentle reader (yes, you!), are also partially responsible. Inspired by all of your encouragement after Friday’s post, I’ve started the purging and packing required to get out of this mess. Random bags and boxes are cropping up in corners of rooms and along hallway walls. If Rory wanted an obstacle course, he’s about to get one. I only wish he’d been walking for a bit longer so he could be prepared for it.

God only knows what another couple weeks will do. If you don’t hear from me by October, send help. Preferably someone with a mop.